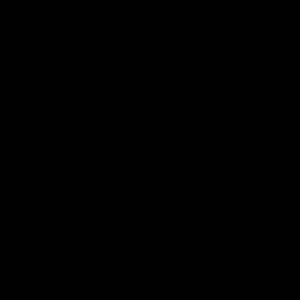 Well, that was the hue most sought after by Brussels artist Frederik de Wilde. And he has reportedly discovered it.

What is darker than black?

To be able to describe what could possibly be darker (blacker) than black, we must first define black itself.

In the simplest of explanations, black is the absence of color. It is experienced when no visible light reaches the eye because it absorbs all light. It is often described as the opposite of white.

So what is the color (or perhaps lack thereof) that de Wilde was seeking?

According to the Huffington Post article, he sought the Holy Grail of color: “a hue absent of all and any light.” De Wilde’s work with carbon nanotubes or CNT’s has produced a color that he claims is “blacker than black.” While the nanotubes are reportedly 10,000 times smaller than a piece of human hair, they can absorb 99 percent of the light that hits them which makes the color produced darker than what is normally thought of as black.

Blacker-than-black is necessarily something which exceeds the luminous phenomenon. The question arises whether darkness becomes visible. At that stage a funny paradox arrives: you can’t produce nothing from nothing as stated in the second law of thermodynamics. I am bound to add something to darken black.

‘Blacker than black’ is more than a color

While the “blacker than black” innovation is sure to make color theorists around the world scratch their heads a little bit while re-evaluating the color spectrum and the color wheel, there’s a very important government agency that is interested in de Wilde’s discovery. That agency is NASA.

De Wilde has been working with NASA and a professor from Rice University to develop “blacker than black.” As you might imagine, the thought process behind the color becomes much more complicated and relates to not just color and art but science and technology as well.

The “blacker than black” phenomenon has fused science and art with nanotechnology; “crafting nano-engineered paintings and 3D sculptures so dark their volume disappears.”

It’s possible that “blacker than black” could have a positive effect on the environment as well:

I strongly believe that a blacker-than-black can be of great societal and ecological benefit. For example, if no light in the visible and invisible range (infrared, far-infrared, UV) from my blacker-than-black art is bounced back to the atmosphere, then basically it has a positive impact on global warming.

Discover more about ‘blacker than black’

It would take a novel to explain the thought process behind “blacker than black” and all the effects its discovery could have on different industries from science to the arts. However, we highly recommend you read and view these resources. Lovers of color will be captivated.