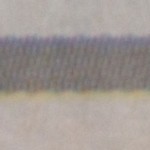 This month, a study predicted the death of newspapers within five years. Whether or not I agree, there is no arguing that the newspaper industry has been in trouble for some time. Of course, there are many factors to blame for the downfall of newspapers: the introduction of the Internet, the reduction in advertising dollars, etc.

However, I believe that when you are faced with an economic problem within your industry, the very worst thing you could do is let the quality of your product slip. Color quality has somehow become less important in the print media industry. It wasn’t always so.

Tales from a forgotten pressroom

Once upon a time, there was a newspaper whose executives cared about color reproduction. They invested in a multi-million dollar printing press, tested it for color quality on newsprint and hired the best color quality workers in the industry to run it.

In the pressroom, the manager’s day started late in the afternoon. In a soundproof room within view of the mammoth press, he held a quick meeting with his staff. They reviewed last night’s run by critiquing that day’s newspaper. He read aloud the emails he had received that morning from both the publisher and editor regarding that day’s print quality. He would order minor tweaks to the inks in the next run, but overall he was happy with the result.

By early evening, the first finished pages of the next day’s paper would be delivered digitally to the pressroom by graphic designers in the newsroom. Beforehand, those designers had meticulously chosen photos that not only fit the context of the stories but also met the color quality guidelines of the pressroom. Similarly, their self-created illustrations and infographics were comprised only of colors from the approved palette provided by the color quality expert who visited twice a year.

After performing some ritualistic checks on the press, inks, paper and overall environment in the pressroom, these early pages would be burned to plates and used as a test run for the next day’s edition. Each page was templated with a color bar featuring small squares of the CMYK values and a process gray. After the test run, the pressroom manager and several of his staff members would check the page and its bar for color quality and registration.

Once the test run was deemed successful, the press would start running the real edition; stopping only for plate changes, paper additions and, if necessary, further testing. The process normally would end between midnight and 2 a.m. and start again the very next afternoon.

The fairy tale has ended

From my 17 years in the newsroom and the pressroom, I assure you that the tale I just spun used to be true. I can also assure you that it’s happening less often around the world today.

The color bar below was taken from a published newspaper sample I saved from 2004. Notice how the yellow and black squares are shifted in relation to the rest of the bar. In a press check, this would indicate that the yellow and black inks would be out of register from the cyan and magenta.

It’s almost frightening to me that this edition was published without any action to correct the registration. It’s even more frightening that this occurred seven years ago. I believe things are even worse today. When I saw this I wondered, why have a color quality bar at all if you’re going to ignore it?

Who rewrote the story?

What did you think when you saw the image I included at the beginning of this post? It’s pretty horrible, right? Sadly, it’s an almost 100 percent accurate representation of an image in a newspaper from 2004. This is a sample I kept in an air-tight container. I took a photo of it with my phone and did not alter it with any photo editing software. This is a good example of the color quality nightmare within the newspaper industry.

Through my experience and from my former colleagues, I have watched the color quality fairy tales turn into horror stories. Below are three examples as to why I think this has happened.

Somewhere along the line, someone chose quantity over quality. The standard of printing has been lowered to save money and, by looking at the continual decrease in advertising revenue and number of jobs, it hasn’t helped the industry one bit.

Despite the economic decline, the masses still want a quality product. Maybe if the newspaper industry re-focused on quality, advertisers and subscribers would return.